I didn't know much about the Holy Spirit growing up, other than He was part of the Trinity. He was the Spirit of God, but He wasn't someone I interacted with on a daily basis. I didn't pray to Him, I didn't seek Him. In fact, I'm fairly certain that I thought the proper pronoun for the Holy Spirit was "it," not "Him."

I think I believed that miracles could happen, they just didn't. We were too advanced in science and technology to need healing miracles. And we didn't need people walking on water to advance the gospel. I had never heard the term cessationist* before. But I'm positive that that's who I was.

I wasn't always. In fact, I remember a time, vividly, when I was seven years old. I was sitting in the backseat of my parents' car, parked in front of Watson's Drug Store with my dad while my mom was inside. I had just finished reading a Baby-Sitters' Club book, and I needed something new to read. (I'm sure it's hard to believe, but even as a child I couldn't sit for periods of time without a book to read.) I was remembering a BSC book back at home (number 32, if my "steel-trap" memory is intact) that I desperately wanted to read at that moment. And I prayed this prayer: "God, could you please make this book turn into Kristy and the Secret of Susan? I really want to read that. I know you can do it because you turned water into wine. I promise I won't tell anyone about it, even my dad, so that no one else bugs you with these silly requests. Unless you want me to tell people because then they might like you more. Then I'll tell people. But could you please? I'm bored." And I prayed. Hard.

Jessi's Secret Language didn't miraculously become Kristy and the Secret of Susan. I had to wait until we got home that evening to find that book and read about the little autistic piano prodigy (I seriously learned so much from the BSC). I was disappointed. I knew God was capable of this miracle, so I wasn't sure why it didn't happen. I probably thought either one of two things. 1. God didn't perform miracles at all anymore or 2. I didn't merit a miracle because of something wrong with me. Or maybe I believed a mixture of both.

I am no longer a cessationist. I believe that the Lord performs miracles, healing or otherwise, every single day through His own strength and through believers calling on the power of the Holy Spirit. 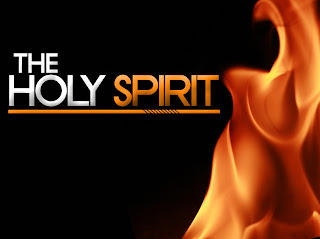 I can't remember exactly when my beliefs changed. Perhaps it was during a church service in the spring of 2008 when Ivan Filby preached on the power of the Holy Spirit and how he spoke in tongues daily in order to better interact with Him. Or maybe it was in the fall of '09 when I began teaching at CCA and heard someone pray in tongues for the first time...and it wasn't creepy. Maybe it was when I began speaking in tongues myself just a few weeks later. Or maybe it was in July of 2011 when I watched the Son Life youth group worship at the Ramp Church in Alabama, and the service was so on fire with the presence of the Holy Spirit, it felt like I was swimming in it, even through a computer screen. Maybe it was when I heard the stories that erupted from that trip of the kids being slain in the Spirit, receiving emotional healings, being broken from addictions, and seeing angels and demons.

From August 4, 2011 until July 2, 2012, I wrote down every occurrence of miracles that I witnessed in my life and in the lives of those around me, particularly in my discipleship group. In that year, we experienced people receiving the gift of tongues. We received prophetic words and prophesied over others. People received physical healing over swollen knees, bad wrists, headaches, and stomachaches. We witnessed the gospel to random women in Wal-Mart. We were slain in the Holy Spirit and ushered the power of God onto those around us. We had visions and words for others. We were set free from doubts, addictions, and fears.

That was a year of fire. We sought out the Holy Spirit and pursued Him passionately. We dug into Scripture and learned about every miraculous healing and experience. We prayed, both individually and corporately, for more of God. And He was faithful. He didn't heal everyone we laid hands on. He didn't answer every prayer we prayed. But more often than not, He did. And we saw His hand working in every single situation.

Don't fear the unknown. Dig into the Word yourself. If you're a Christian, seek the Lord. He'll be faithful to meet you and answer your questions. Jehovah Rapha, the God who Heals, wants you to ask for healing. His shekhinah glory wants to dwell with you.

The best book I've read on the Holy Spirit is from one of my personal heroes of the faith, Bill Johnson of Bethel Church in Redding, California. It's called When Heaven Invades Earth. Read it, study it, and take it before the Lord. Find out for yourself if the God who parted the Red Sea still wants to send signs and wonders into your life today.

*Cessationism, in Christian theology, is the view that the miraculous gifts of the Spirit, such as healing, tongues, and prophetic revelation, pertained to the apostolic era only, served a purpose that was unique to establishing the early church, and passed away before the canon of Scripture was closed (http://www.theopedia.com/Cessationism).
Posted by Megan at 7:56 PM