You'd think this is the first blog post I've written in a year. You would be wrong. Now, however, I write over at Dauntless Grace Ministries, so I haven't been posting to my personal blog as much. But this post? This one needs to be published under my own name. Because books are so very near and dear to my nerdy little heart.

I had a lot on my plate this year, so I didn't read as much as I did in 2014. I only read 155 books this past year, 35 under what I accomplished the year before. However, about 90% of my reads this year were new, so it felt like I read a lot more. Re-reads go much more quickly, and they were scarce this time around. Of course, I re-read my all-time favorite book, The Siren, by Kiera Cass.

Without further rambling from me, here is my countdown for my top ten new reads in 2015. 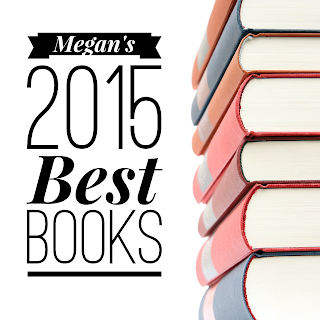 Honorable Mention: Nor Forsake by Julie Presley
This didn't make the list simply because it hasn't been published yet. I was privileged to read an advance copy of this cutting-edge Christian romance novel. I love the way Presley brings characters to life, and she has a way of writing romantic tension unlike any other Christian author I've seen! These books are real and raw. If you're looking for some light-hearted, saccharine Christian romance, this isn't it. It's much better. If you want to read this book, click the link above and help donate to the publishing fund! It's worth it, I promise.

10. The Walk series by Richard Paul Evans
This is a five-book adult contemporary Christian series. It captured me because the main character is a man, and I don't often read books with a male protagonist. Alan loses everything and sets off on a cross-country walk where he finds out what's important in life. I love the way Evans brings to life the unique quirks of small-town America through Alan's journey.

9. When You Reach Me by Rebecca Stead
This is a YA book that is part mystery, part twist ending, and all captivating. Two city kids receive a mysterious note and attempt to prevent a murder that may have already happened...I read this last January, so I'm fuzzy on the details, but I immediately added it to my "best of" board. I'll be re-reading this again, for sure!

8. The Testing trilogy by Joelle Charbonneau
I didn't think there were any new YA dystopian trilogies out there that I hadn't read, and then I stumbled upon The Testing. This trilogy incorporates the plot of Divergent with the suspense of The Hunger Games and the beautiful writing of Matched. In short, it's probably one of my favorites in all. And unlike most of these trilogies, it has a satisfying final book and conclusion to the story.

7. Escape from Mr. Lemoncello's Library by Chris Grabenstein
Who doesn't love books about books? As a literary nerd, I adored this book that esteemed so many other novels and authors. Plus, the premise of the book is to solve riddles and puzzles, so it was right up my alley. I am excited to read this book with my class of middle school students this spring.

6. Undaunted by Christine Caine
How had I never heard of Caine before this year? She's from the original Hillsong church in Australia, and she has an amazing personal journey that she writes about in this book. She also founded A21, which is a ministry that rescues women out of sex trafficking in western Europe. This book spoke to my identity and how to truly find it in the person of Jesus.

5. Michael Vey series by Richard Paul Evans
I hate that I have another series by the same author on this list, but I can't help it. As far as I know, Michael Vey is the first attempt of Evans into YA, and he does a slam-dunk job. There are currently five books out in this series, and I am on pins and needles anticipating the next. It's a realistic science fiction series about children who have electric powers and get called on to save the world from destruction at the hands of one of the most evil characters I've ever read about. My explanation doesn't do this series justice. Go read it.

4. 11/22/63 by Stephen King
I realize this book is several years old, but I swore I would never read another King novel after accidentally reading Carrie in high school. My dad is who finally convinced me to, and I tore through this 800plus page novel rapidly. What if the JFK assassination had never happened? How would the world change? Jake finds a way to travel back through time and attempts to stop it. It's eerie but not the horror book the world has come to expect from King, although there are some graphically violent scenes and language. Historical fiction buffs would love this.

3. The Lunar Chronicles by Marissa Meyer
This series ended up being a big hit with my middle school girls. This series can only be described as sci-fi/fantasy fairy tales, but that's a description that had I read it, I would have stayed as far away as possible. It's so much better than that. The characterization, the settings, the plot, the details... I loved every part of it.

2. Thirteen Reasons Why by Jay Asher
This was one of those YA books that stick with you for awhile. After a classmate commits suicide, Clay finds a series of cassette tapes left behind that outline her reasons for taking her own life. Beautifully written and haunting, it is definitely more for older teens. I wouldn't hand it to my 7th graders, although the lessons about kindness, bullying, and the ripple effect of our actions reach beyond ages.

1. Jesus Feminist by Sarah Bessey
Normally I wouldn't have a nonfiction book take my number one spot. But nothing defined this year for me more than this book by Bessey. Don't let the title scare you; this is not a bra-burning, man-hating book. This book is written tenderly, reaching into the heart of women and showing how Jesus valued and esteemed women throughout the Bible. Some parts could be considered controversial in certain circles, especially as she talks about the role of women in the church and equality in marriage, but I found her writing refreshing and beautiful. It helps that she is able to articulate in these chapters my very belief system about women and what God has for us in that very nature. If you read nothing else in 2016, pick up this book, and be soothed by the balm of her words.

If you read any of these based on my recommendation, let me know below! If you've already read some of these, what did you think?
Posted by Megan at 8:08 PM