One year ago, Jon Acuff posted a blog about the Empty Shelf Challenge. He set a goal of filling a bookshelf with every book he read in 2014. I like reading, and I like a good challenge, so I decided to join him in this journey. Mine, however, was a virtual bookshelf because I read everything on my iPhone. For twelve months, I pinned every book I read (or re-read) to a Pinterest board so that I could keep track. This is my (nerdy) assessment of the year.

Altogether, I read 190 books. About 40% were re-reads of books I’ve read before. Nine were novellas. The shortest novella was around 30 pages, and the longest novel was over 800 (thus justifying my counting novellas on the list). And, not surprisingly, about 60% were in the adolescent literature category.

Based on all the NEW books I read in 2014, I compiled my top ten list for your viewing pleasure. And because it’s New Year’s, I made it into a countdown.

10. Panic by Lauren Oliver.
This is one of those that technically classifies as adolescent lit, but the themes are much more mature than I would recommend to most teenagers. The book follows a few high school seniors as they long to escape their sleepy town after graduation with a large sum of money that they could win playing the game Panic, even though it’s illegal, dangerous, and possibly deadly.

9. Zion Covenant series by Bodie Thoene
This series mainly follows one woman, Eliza, through Europe as Hitler rises to power. I enjoyed it because I learned a lot about the Gestapo and the behind-the-scenes of the Nazi forces. It offered different perspectives than most Holocaust books. This book would be classified as Christian fiction.

8. Wool trilogy by Hugh Howey
I didn’t include this trilogy because I loved it; I included it because it stayed with me for a very long time, and I believe that’s a mark of books well done. Wool is set in a dystopian American future. America has been bombed or gassed somehow, and the only remaining survivors live in an underground tower. But as we know from all good dystopian novels, things aren't always what they seem. This is definitely written more for adults than teens. 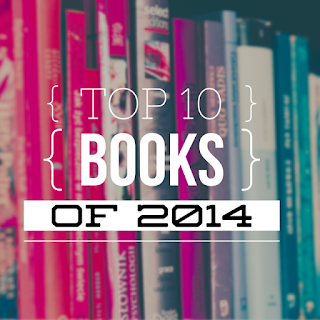 7. Maybe One Day by Melissa Kantor
Zoe and Olivia are sixteen-year-old best friends, but Olivia is dying of cancer. Zoe has a hard time dealing with how the illness separates her from Olivia, both physically and emotionally. I think this book explored friendship and grief and loyalty in a true manner.

6. Shenandoah Sisters series by Michael Phillips
This is a set of four books, followed by four more called Carolina Cousins, and they chronicle the lives of two girls, one black slave girl and one white plantation daughter, through the end of the Civil War in the deep south. I like historical novels anyway (see the WWII series above), but this one kept my attention with the suspense and camaraderie these girls face, and I enjoyed the Christian perspective.

5. The Clockwork Three by Matthew J. Kirby
This book, which is on the Illinois Rebecca Caudill reading list for 2014, introduced me to a literary term I hadn’t heard before: steampunk. According to Wikipedia (God’s gift to people who don’t like to research), steampunk is defined as “a subgenre of science fiction and fantasy literature and art that commonly features some aspect of steam-powered machinery.” That definition makes me glad that I hadn’t heard of it before. Luckily, the story itself is fascinating, as it follows three children at the turn of the 20th century in nondescript America. All three children are fighting their own struggles, but as their stories intersect, they learn to work together.

4. The Language of Flowers by Vanessa Diffenbaugh
This was one of the most emotionally difficult books I read all year, but it was also one of the most beautifully written. Orphaned Victoria is now of legal age, and she knows nothing of how to survive in the world except what she was taught about flowers. The way she learns and grows and develops is heartbreaking and redemptive. This is definitely an adult novel, though.

3. Just One Day by Gayle Forman
Forman is the author of the depressing novel-turned-movie If I Stay. Thank goodness Just One Day is nothing like the other novel. Allyson is a high school graduate traveling through Europe when she meets someone that changes everything about the rest of her trip. Though the main characters are teens, it’s not one I’d hand to a high-schooler. College students and older would enjoy this one.

2. Landline by Rainbow Rowell
This book is one of those guilty pleasure books that I had to include. It’s typical chick lit, but it kept my attention, and it had a very sweet premise. A disgruntled husband takes his daughter to his childhood home for Christmas while his workaholic wife stays behind, but when she calls him, she reaches her husband from the past, before they were engaged, and it sparks her interest all over again. So far, I’ve loved everything I’ve read of Rowell’s, including one I’m almost finished with called Fangirl.

1. We Were Liars by E. Lockhart
This book knocked me off my feet. As soon as I finished it, I wanted to read it again. I knew immediately that it would top my book list for the year. Lockhart writes cheesy teenage girl books, and I’d read most of them already, so I downloaded We Were Liars for some fun reading. I was in for a big surprise, though, because this book isn’t light. It focuses on a family of cousins who vacation together each year on an island, and it’s told entirely from the perspective of Cadence, a 17 year old who hasn’t been back to the beach in two summers and is eager to catch up with everyone, but everything feels off. If you read nothing else in 2015, read this. Seriously. Read it. And then email me what you thought.

I had fun cataloguing my reads, and I plan on keeping track for 2015, but I will not be numbering them anymore. I don’t care how many I’ll read, and I anticipate a much lower number as I start working on my grad degree in a few weeks. But for anyone who wants to see all 190 (including my all-time favorite books that weren’t included here because they were re-reads), find me on Pinterest.
Posted by Megan at 4:06 PM